The present building stands on a site that has been used as a church since Saxon times - an earlier, smaller church occupied the site until the nineteenth century, which apart from its piscina was replaced by the present church building, which was consecrated in February 1864.  The previous church was stone, and dated mostly from the fourteenth or fifteenth centuries. It had a tower, porch and chancel. Its poor condition, as well as the enlargement of its congregation, necessitated its replacement.

When the church was rebuilt from an earlier one in 1862-4 it was designed by Edwin Nash, incorporating monuments from the old building.  He designed it in the Gothic style and it was constructed with dressed flint and stone dressings. Its roof is of red tile. It has a four-bay nave, chancel, organ chamber and vestry, side aisles, south aisle chapel and west tower. Its tower has a doorway in its west side, four tiers of fenestration and a shingled broach spire. There are aisle windows of three lights with circular tracery over in pointed heads, two-light windows to the south aisle chapel and a chancel window of five lights. There are gabled porches to the north and south sides; the south porch has the following inscription on its bargeboard: "How amiable are thy dwellings thou Lord of Hosts". Inside the church are a nave with pointed arches supported on circular columns with foliated capitals; timber roofs; and whitewashed walls. The present structure incorporates a medieval piscina and monuments from the old church including the following: monuments to Joseph Glover 1628, to Lady Dorothy Brownlow 1699, to William Earl Talbot 1782 and to Isaac Littlebury 1740

In 1893 a new vestry was built with clergy and choir room. A large basement was provided for the organ blowing plant and the North porch was built.

On the north side of the church the windows are plain glass. These are a reminder of the bomb, which fell in the churchyard on the night of 24 September 1940. All the windows down this side were blown out, but the church was not severely damaged and services continued to be said by candlelight and torch. 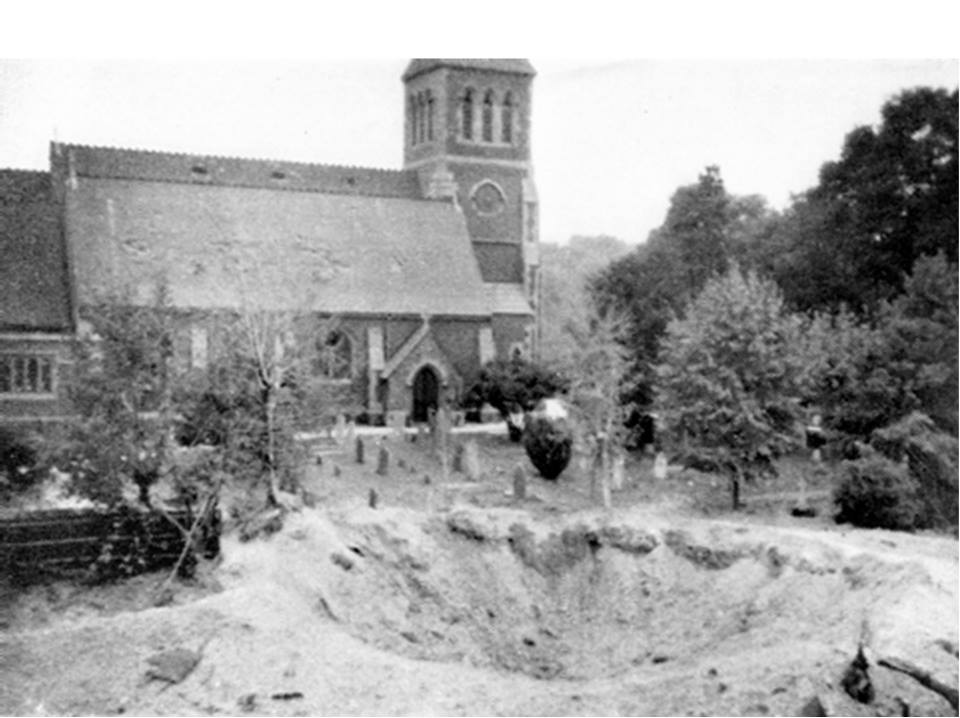 The church is in the process of initiating several building projects that include the demolition and rebuild of the North Porch with the hope of being able to include an accessible toilet. This project is being undertaken in order to make the church more accessible and inviting to the local community.